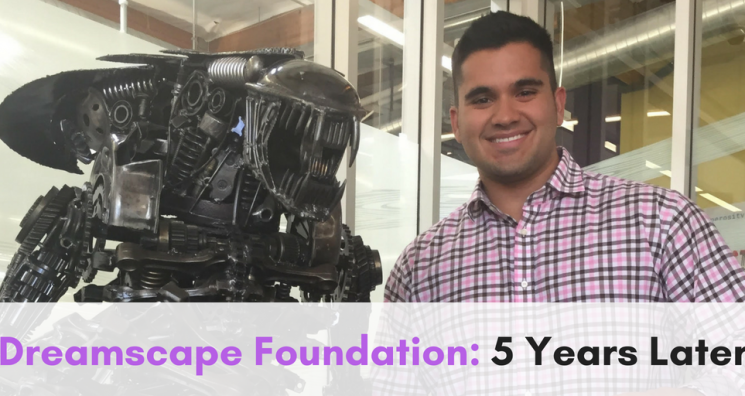 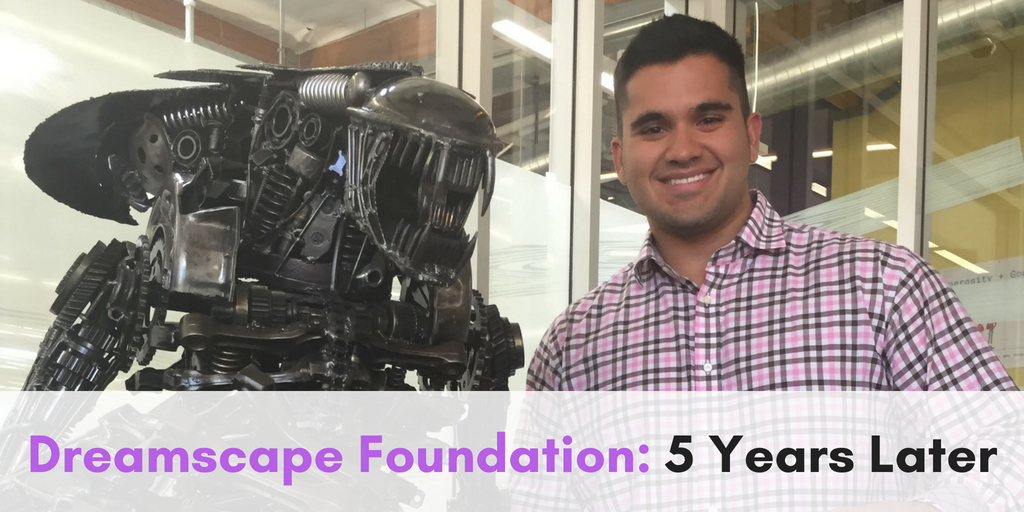 Joe Sehwani is on a mission to create a better life for the visually impaired; one that is more accessible and more open than ever before. And he’s inviting those with a passion for the cause to join him through his nonprofit called the Dreamscape Foundation.

Dreamscape Foundation is only five years old. Established by Sehwani when he was only eighteen, it was born from his own experience with Leber Hereditary Optic Neuropathy, or LHON, a genetic condition that robbed Sehwani of his eyesight at the age of sixteen. He went from seeing 20/20 to completely losing his central vision and walking with a cane. It was a difficult reality to swallow, both for him and those around him. Some friends showed sympathy but didn’t understand, while administration and faculty at his school unwittingly tried to limit him. “At the time the people I was exposed to in an academic setting were prompting me to believe that my life would be limited,” Sehwani said. “That I needed to make sure I picked something practical to do and almost preparing me to do less than what I was capable of.” But that wasn’t what he wanted to hear. Determined not to let his disability drag him down, he began planning a mission that would later become the cornerstone of Dreamscape Foundation. Named after the song by 009 Sound System, it was founded on a single phrase: “You can do anything.” That mantra became his driving force, and in 2013 he established Dreamscape Foundation as a nonprofit. At first, the mission was a broad one. “I wanted to start with open arms and be able to help everyone,” Sehwani confessed. But in time he realized that he had to reduce his scope in order to give Dreamscape Foundation an identity of its own. “The most natural instinct was to narrow it down to the visually impaired and anyone with accessibility disabilities because that’s where I was at,” he explained. “That’s why I started it and that’s where the story aligns.”

In the past, Dreamscape Foundation raised money for various nonprofits as well as its own cause. However, today they’re zeroing in on more than just financial support. They want to build a community. “Obviously, fundraising is important and you want people to donate, but I don’t want that commitment to end there,” Sehwani said. “There are a lot of different outlets for someone to do.” Dreamscape Foundation’s new website focuses on giving you multiple ways to get involved, including:     You can also connect with them via Facebook and Twitter to engage in conversation, share their blogs, and help others become aware of how they can help improve accessibility and impact the lives of individuals with visual impairments for the better. “The main thing I would want is for people to really engage with the organization,” Sehwani encouraged. “Businesses can become sponsors of the organization or donors at different events [such as the Gala] we’re currently planning in Naples.”

The Latest on Joe Sehwani

If you’ve seen Sehwani recently, you’ll notice something different. He no longer walks with a cane, nor does he have as much trouble seeing as before. Sehwani is one of the lucky ones. LHON holds the possibility of recovering eyesight after it’s been lost, and he’s seen improvement over the years. After the age of eighteen, he began to recover much of his central vision and his peripheral—although damaged—is functional. Yet this has done nothing to slow his momentum or his zeal for Dreamscape Foundation’s cause. “I’m 23, and my eyesight isn’t as bad as it was at 16 or 18, but it really hasn’t stopped me from wanting to achieve what I want to do with the organization,” Sehwani admitted. “I really want to get engaged in a community of people with accessibility disabilities because that’s where my passions are. It’s where my heart goes out to because I’ve been there, done that, so I want to help those people.” Sehwani carries with him a deep connection and understanding developed through his visual impairment. It’s an experience that has forced him to endure a hard road, and yet one that has enriched his life for the better. “In all honesty, if I didn’t lose my eyesight I don’t know where I would be in terms of my level of success,” he admitted. “I don’t think I would have started my charity. I don’t think I would have aimed for my Master’s degree. There are a lot of things that really pushed me as a person, and almost all of it is rooted in that.” Through his testimony and his nonprofit, Sehwani carries with him a message of hope for others. “Even though everyone might not be as lucky as I, it doesn’t mean that someone else is limited…” he emphasized. “Your life doesn’t end [with a visual impairment or disability]. Yeah, you have limitation and everything, but in my very first video for Dreamscape, I said, ‘I lost my sight, but not my vision.’ “You can still be independent, you can still be successful, and ultimately you can still live the life that you want to. Sure there might be some limitations to how much you can do, but you’re still going to be able to live a good, successful, and healthy life.” For more information about how you can join the Dreamscape Foundation community, check out our page on how to get involved. « PreviousNext »