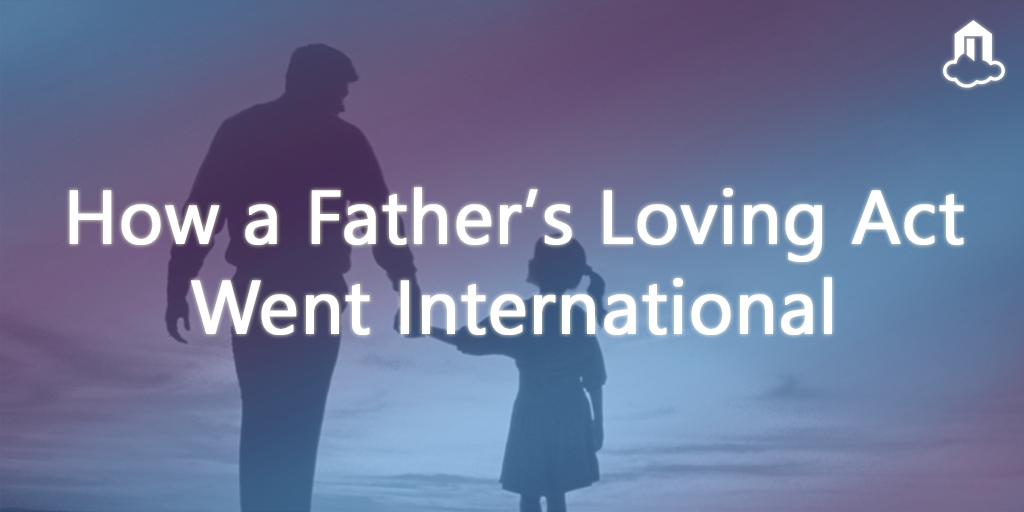 To a father, his children are a true gift and treasure. They always wish the best for them and would do anything to see them happy. For Gavin Leonard, he just wanted a way to be closer to his daughter and create memories that would last a life time. About 2 years ago, he began writing children’s books to read with his daughter. He never expected this small fatherly act would connect him with people and organizations across the Globe.

From the moment Gavin laid eyes on his daughter, he knew he would do anything for her. As she got a little bigger, he started thinking of a way to remember the adventures they had together for when she was older. A friend told him how he began a blog to keep track of all the adventures he had with his kids, Gavin couldn’t help but love the idea. He began doing just that and to his surprise, found people were actually interested in following his posts. At the time, Gavin didn’t know where this would lead but luckily enough, his love for his daughter would open doors he couldn’t imagine. When family and friends came to visit, they would always comment on how beautiful she was and that she could be an actress or model. Gavin knew they meant well, but to him it was a bit strange to think of a new born in this way. Additionally, they would always call her a “princess” but Gavin began replying, “she’s not JUST a princess”, for he knew she would be able to do anything she dreamed of. The reason Gavin felt this way came from the books he read to her. To him, they were always the damsel in distress and in need of being saved. Not his daughter! She would be strong and capable on her own. He often made comments about this to his wife, until one day she said, “if you don’t like the books you read… then write your own!?”. And so, he did!

The ‘Not Just a Princess Book Series’ is Born

Gavin made a plan and wanted his princesses to get away from the typical fairy tale and make it more real. So, what better title for the series than “Not Just a Princess”? His initial plan was to have his daughter (the princess), have a job and need to solve a problem that came up. But after a while, he knew she would need help and began creating new princesses. The common theme throughout the previous 6-book series is the princesses’ strengths, smarts, and abilities to work together to help one another overcome their problem. He wanted a story for everyone and made the princesses different in all aspects including being different culturally, appearance, etc. He never expected the books to be published but his daughter loved them so much he figured why not try.

The Newest Princess and the International Connections she made

Most recently, he decided to go further and include a second princess with a disability. Gavin wanted to show the world the truth of people differently abled. Instead of talking about a disability, he wanted to spread awareness that people have all different strengths and weaknesses no matter who they are. He thought back to his time living with family in China. While there, he spent a lot of time with his niece Nora, who has down syndrome and learned a lot for himself. When I had the opportunity to speak with him, he told me a story of what truly opened his eyes. “Nora loved water”, he said. Her and her siblings would often swim and play. One day when he was with them, he had been throwing Nora’s siblings into the water for fun, when Nora asked to go next. He hesitated out of care and in fear she may get hurt or scared. But her father set the record straight and what he said to Gavin really stuck with him. He said, “she’s just like her sisters and she can be thrown too.” Gavin went and threw her next and after seeing her joy and excitement, he realized nobody should ever be treated differently like that. In honor of his niece, this story follows Nora, a champion swimmer with down syndrome, and how she helps the others solve a problem. But it doesn’t stop there. For this story he wanted to do more than just spread awareness but instead, use it to give back in a better way. Gavin began looking for local charities and connected with Down Syndrome Ireland and the Special Olympics. After hearing all that Special Olympics does for their athletes across the globe, they decided to begin promoting it worldwide. That led to Gavin connecting with us at the Dreamscape Foundation and other nonprofits as well. He explained he planned to donate all proceeds from the book’s sales to different charities and wanted to connect to as many as possible.

The Release and Final Details

Should all go as planned, the book is anticipated to be released in Ireland on October 24th, 2019. But you can purchase anytime through Dreamscape Foundation’s direct link!! The charities involved as of now include the Dreamscape Foundation, Special Olympics: Ireland, UK, Down Syndrome: Ireland, and US, and Brainwave UK. All of these organizations will have their own links available to purchase after the book is released! Those links will be used to directly support that organizations, or by purchasing from Not Just a Princess directly the proceeds will be distributed evenly to all organizations. That is how what started out as a way for Gavin Leonard to share time with his daughter, turned into an international movement to spread awareness and give back to the disabled community. Gavin is an amazing guy and has nothing but love in his heart. On a final note, what he wishes to highlight most is how excited he is to be working with various nonprofit organizations on this project and to have the opportunity to raise funds for their continued good work! To keep up with Gavin and the Not Just a Princess book series you can follow them on Facebook, Instagram, or Twitter. Written by: Nicholas Sibilia « PreviousNext »

6 Things You Probably Didn’t Know About Down Syndrome 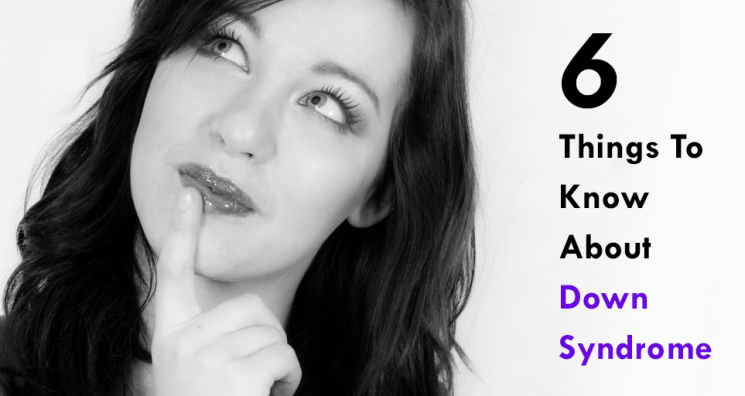 6 Things You Probably Didn’t Know About Down Syndrome 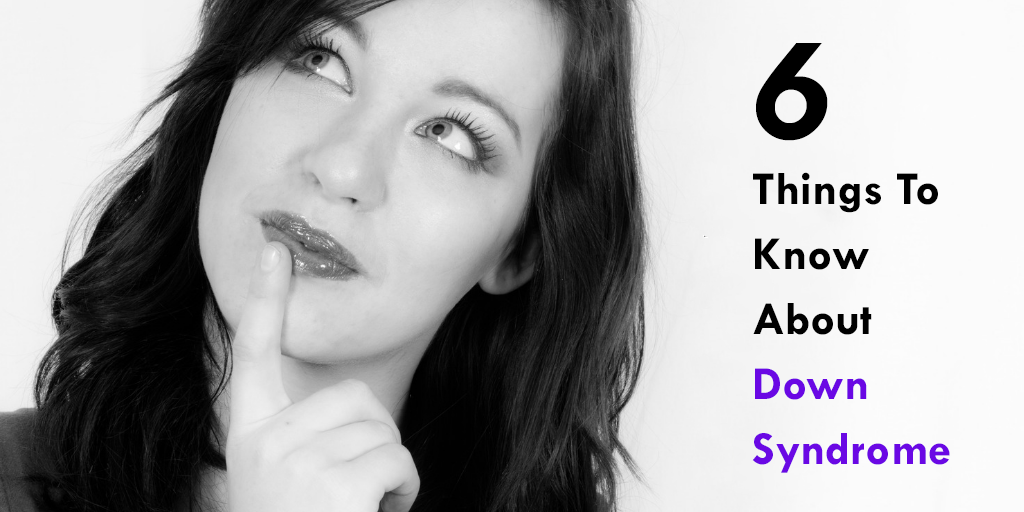 Education starts with awareness. That’s why we’re taking the time to cover some of the disabilities in today’s society you may have heard of, but know surprisingly little about them. Our blog series starts with Down syndrome. Read along as we cover some basic facts about this disability, it’s features, and risk factors.

6 Facts About Down Syndrome

What is Down syndrome, exactly? Get better acquainted with this genetic condition with these 5 helpful facts.

Down syndrome is causedby extra copies of chromosome 21.

This extra chromosome may be partial or whole, and can lead to one of three different types of Down syndrome: Trisomy 21, Mosaic Down Syndrome or Translocation Down Syndrome.

Trisomy 21 is the most common form of this condition.

Trisomy 21 occurs when three copies of chromosome occur instead of two. It accounts for 95% of cases. Mosaic Down Syndrome and Translocation Down Syndrome are much rarer, accounting for 4% and 1% of all cases.

Symptoms can vary greatly from one case to another.

Down syndrome isn’t the same across the board. Cases vary from mild to severe. Symptoms may include some or all of the below: Down syndrome also includes cognitive and physical impairments of varied severity. However, many individuals with Down syndrome may hold their own job, live independently and enjoy everyday activities.

The life expectancy of individuals with Down syndrome has increased over the years.

Approximately one-fourth of U.S. families are impacted by this condition.

While the cause for Down syndrome is unknown, the risk increases with the mother’s age.

It is the most common chromosomal condition in the U.S.

More than 400,000 individuals have Down syndrome in the U.S. with it occurring on average in 1 of every 691 babies born.

Why Dreamscape Foundation is Talking About It

Here at Dreamscape Foundation, we work day in and day out to help individuals with disabilities acquire the tools, programs, and resources they need to live a full life. While our focus is primarily on visual impairments, we don’t view ourselves as a singular community. We understand that the demand for special needs stretches beyond are individual cause, and that change happens through education, understanding, and support. That’s why we want to take the extra step in informing our community of other common disabilities in order to help form a bridge of understanding and connection. If you’re currently seeking local Down syndrome resources in Florida, we encourage you to visit the Global Down Syndrome Foundation online. If you’re an individual looking to raise funds to meet specific needs for yourself or a loved one, talk to us. We collaborate with individuals and organizations to help provide essential resources for individuals with disabilities. « PreviousNext »