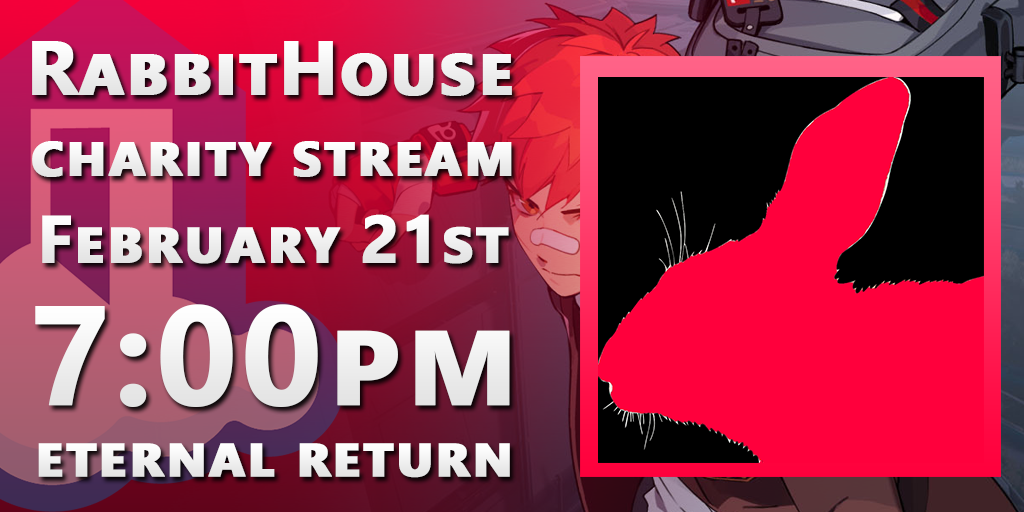 Can playing video games really rot your brain? For gamers who grew up in the 80s or 90s this question dominated the minds of parents and teachers alike. In the case of Connor Cunningham, better known as RabbitHouse, playing video games, more specifically Pokémon Silver, gave him the desire to learn how to read at a young age. “I guess that most kids would just sort of mess through all the text and get past it, but I was so into it that I was like I have to know everything, I have to be able to do everything,” Cunningham recalled.  “Every word, ‘dad, what does this word mean? Mom, what does this word mean?’ Eventually it got to the point where I was able to play it on my own.” Not only did video games positively affect Connor’s life intellectually, but spiritually as well.

“Do you always need a reason to help somebody?” –Ash, Pokémon

RabbitHouse’s love for video games led him to watch gaming streams. “When I was a kid there was this group called the Speed Gamers, and they were trying to complete all the Pokémon games that were out at that point,” he shared.  “I thought it was the coolest thing ever to go through all of that and raise money for St. Jude while they do it.” Eventually, Connor’s passion and interest in charity streams was too strong to ignore. “It got to a point where I was thinking, I could do this,” he recalled.  “I’m confident in my ability to put together something like this, and really do something special.” As a charity streamer, Cunningham hopes that each stream he does is a little bit bigger than the last one to the point where he can eventually really make a big difference.

“The decision to start streaming as my way to make a difference comes from my thought process of what can I do that is the most immediate that can make the most impact right now?” RabbitHouse explained. “I have this moment that I am in right now and I won’t get this moment back, so what can I do to do the most with this moment?” Connor admits that the experience of COVID-19 last year left him frustrated in wanting to make a positive change, but feeling like he couldn’t make a difference. “The way you are going to do it is by coming together with other people, and coming together makes you all much stronger than you could be individually,” he stated. “I want people to know that they can be a part of something like this.”

Cunningham has been defying the odds since day one. “I was born with a congenital heart defect called transposition of the great vessels, so basically when I was a baby all the tubes in my heart were kind of tied up in the wrong way” he described. “If I had been born 20 years earlier the surgery that fixed me wasn’t around at that point, so I wouldn’t have even made it.” Being born with this defect caused Connor to perceive himself as delicate or fragile, but as he got older his perception changed. “I made it through being a kid and I’m still here. I have a shot here,” RabbitHouse shared.  “I’m at a point now where I am playing with house money, and everything from day one has just been icing on the cake.”

For his third official Charity Stream, RabbitHouse will be teaming up with Dreamscape Foundation this Sunday, February 21, from 7 pm – 10 pm EST to raise money for accessibility for individuals living with disabilities. “Unfortunately, a lot of people in that type of situation are brushed aside in today’s world,” Connor shared. “It’s an opportunity to step up and help out in a way that I haven’t done yet, so I am really excited to work with Dreamscape Foundation on this.” Cunningham will be playing the Battle Royale game Eternal Return. Time to put your strength, ability and wit to the test. « PreviousNext »