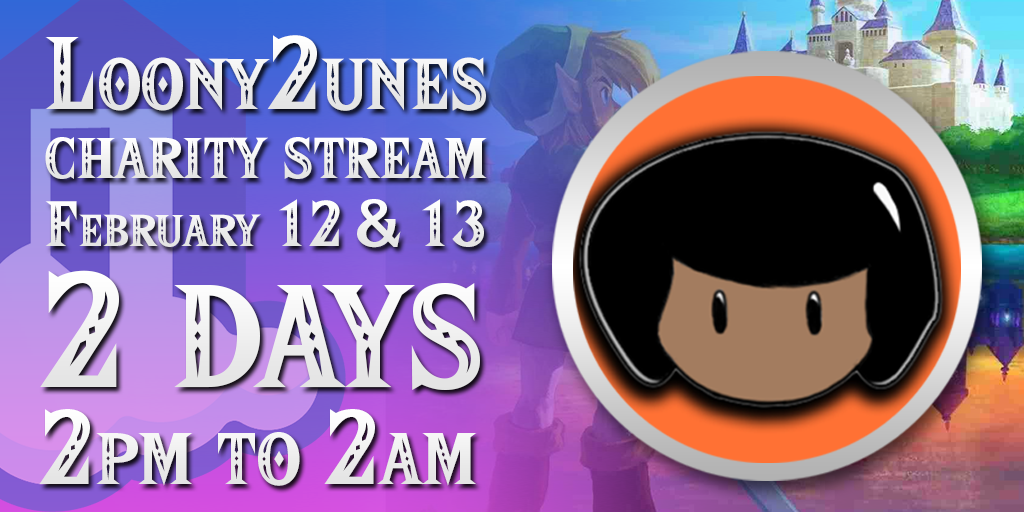 Sometimes just a little compliment can make someone’s entire day. “There is so much going on that people just forget to take time to feel good,” Lonnie Mercado said. “I’m out here spreading the positivity.” Lonnie, better known by his twitch handle Loony2unes, practices what he refers to as “Compliment Only Time” on his channel. “What happens is I pick three people in the chat, and I do my best for like a three-minute compliment on anything I can go off to make them feel better,” he explained.

The Inspired Becomes the Inspirer

Loony2unes is a big believer in the power of self-worth and self-growth. “You don’t have to forget how great you are even if the day stunk,” he expressed. As well-known as Lonnie is for his bright and comedic personality, he admits struggling with mental depression in 2014 and credits the show, Game Grumps, for getting him out of his funk. “Just watching the show kept me laughing to the point where I would still continue growing, so I need to watch them almost in a way of keeping that sanity up,” he revealed. Game Grumps inspired Lonnie to start his own stream, so he could be the light for someone else.

When Lonnie first began to stream he was what you could consider a Nintendo Streamer. “I was a Nintendo Streamer because Mario is my man, he is my homie,” he recalled. “The reason why I got into video gaming is because I want to work for Nintendo one day.” More specifically, he wants to be a Nintendo Animator and has recently started sharing his love for animation on his stream. “I have become one of the few Twitch 3D animators, very niche, but that’s who I am a 3D animator,” he stated.

Nothing Beats A Good Laugh

The Loony2unes Channel has so many different elements that makes it a true variety stream. When Lonnie isn’t making his viewers blush from flattery or showcasing his artistic talents, he can be found making them laugh until it hurts. “My absolute favorite part of streaming is when I know I made them laugh,” he confessed. “If I’ve done something and the chat is going bananas… I’m just like, ‘I did it! Got ‘em!’ It feels great, it feels absolutely wonderful.”

Dare To Be Different

As proud as Lonnie is of all the gimmicks, he is just as proud of the welcoming, judgement-free environment his channel provides. “The one thing that any viewer can expect when they come to the channel is a safe haven first off,” he described. “The moment you say hello in the channel you are family and you will stay that way.” Loony2unes wants to use what excess positivity he has to help out others. “I see my life as going in a linear path and it is only right that I bring people with me,” he proclaimed.

Dreamscape is loony to be teaming up with Loony2unes for his third Charity Stream to raise money for individuals with physical disabilities. Lonnie will be streaming from 2 pm to 2 am EST on Friday and Saturday, February 12 and 13, for a grand total of 24 hours! For the first time ever, Loony2unes will be creating a 12-hour 3D animation that you do not want to miss! You can play a part in choosing which three-piece Link sword attack Lonnie creates by casting your vote! To quote the famous Porky Pig, “Th-Th-The, Th-Th-The, Th-Th… That’s all, folks!” « PreviousNext »