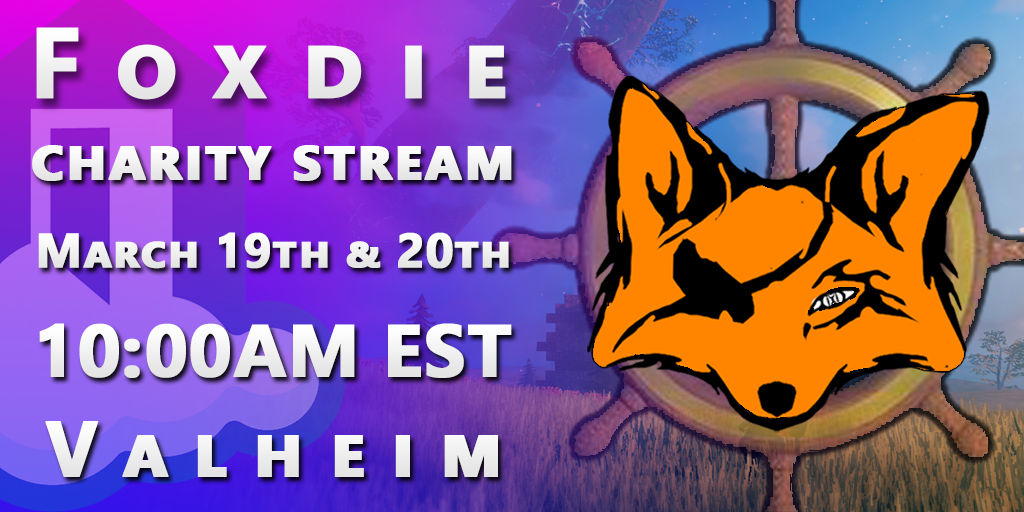 Imagine a life full of travel, adventure, freedom and treasure. Sounds good, doesn’t it? As Captain Jack Sparrow put it, “always be yourself, unless you can be a pirate. Then, always be a pirate.” For the last three years, Jake Cooper, better known as Foxdle, has gotten to experience the pirate lifestyle thanks to the video game, Sea of Thieves. “People love piracy; people love the sea, sailing, that freedom,” Cooper shared. “I think that is why I really enjoy the game is the freedom.” Foxdle’s love for Sea of Thieves got him recognized by the game’s developer, Rare, and he became an official partner of the game.

The Game That Changed It All

Although Jake had been streaming off and on for the past six years, it wasn’t until he found Sea of Thieves that things changed. “When this game first came out and I saw it, I was like that is a game that I could literally stream every single day for thousands of hours,” he recalled.  “And I did, and I built a community around that.” After building his community, Cooper knew he wanted his channel to be different, and different it became.

“I went with a different approach than most streamers that I base my characters around my appearance on stream, so I will wear my pirate outfit that I wear in game,” Foxdle explained. Not only can viewers expect cosplay on the channel, but they can expect a unique approach to playing. Jake likes to challenge himself and push the limits of what he can do in a game. “For instance, I spent probably thirteen hours trying to transport a barrel of snakes in a game for no reason once so ever, something difficult, something different,” he described. “The developers of the game noticed it and they made it an easter egg in the game because they liked it so much.”

If You Build It, They Will Come … To Your Etsy Shop

When thinking about giveaways for the channel, the streamer said he wanted his giveaways to matter. “I started with skulls from the game that you normally sell for gold,” Foxdle stated. “I would do monthly giveaways and they were really popular, but the demand was so high that people were willing to pay for them and it went from there.” The demand for his replicas pushed Jake to open up his own Esty Shop. To create the 3D models, the gamer uses a virtual reality software called Oculus Medium to mold virtual clay with his hands. After the design is created, the process continues with printing, painting and sanding before the replica is complete.

Not Just A One Game Man

As a streamer, not to mention a life-long gamer, Cooper’s ultimate goal is to become a variety streamer. “I think as you grow as a streamer and you aren’t locked down to a single game that people naturally will go to something else,” he admitted. “Everybody will want to be a variety streamer at some point, you cannot play the same game for five years straight and not get bored.” For Jake, he plays whatever appeals to him, and currently that is Valheim. Valheim is a survival game, and in true Foxdle fashion he puts his own twist on how he plays the game. “Right now I am playing it where I have done pretty much everything before with no risk, and now I am playing it on hardcore,” he explained. “I like the challenge, so what that means is if my character dies then I will delete my character and restart from fresh.”

Get ready to risk it all during this two-day charity stream with Dreamscape Foundation as we team up with Foxdle this Friday and Saturday, March 19 and 20, starting at 10 am EST. We will be raising money to provide the assistance that is necessary to meet today’s numerous disability needs through technology for those living with disabilities. Join us for some guaranteed entertainment, celebrated wins and unfortunate losses during this hardcore run Valheim server base. “The idea is to be hardcore where the viewers jump in, but when their character dies they have to leave and then invite someone else in,” Jake shared. “It should be really good.” « PreviousNext »