Cosplay for Charity with SporeRose and Dreamscape Foundation 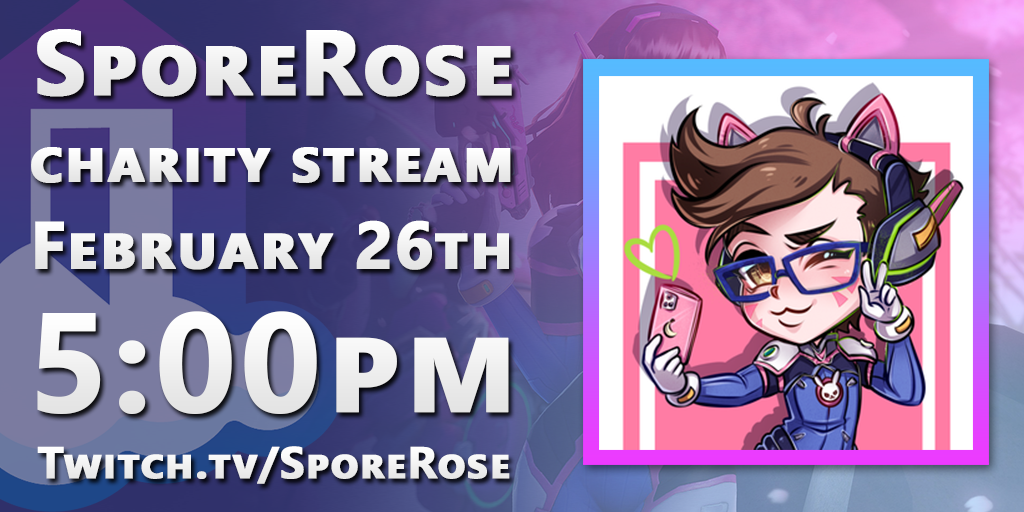 We have all heard the saying the way to someone’s heart is through their stomach. Although the anatomy is wrong, the intended meaning is usually agreed upon. Simon Perry, better known as SporeRose on Twitch, has fully embraced the phrase. “If you catch me during my day streams, you’re able to send me food,” they (Pronouns: they/them) stated. “Yum.” SporeRose has made the food ordering process as seamless as possible by including an Amazon Wishlist to serve as a menu. When it comes to this twitch affiliate, there is never a shortage of creative ideas.

On Twitch, users can search by a game or category in order to find their desired content. In addition to categories, viewers can also search using a specific tag. Being a “Twitch affiliate who is actually autistic,” SporeRose tried to use tags to connect with other streamers who have disabilities. “I believe I have found a few different people with disabilities on Twitch, but it is very difficult to find anyone with disabilities due to their being no disabled tag for when it comes to finding streamers,” they confessed.

And The Winner Is…

Perry has a creative way of taking something and elevating it to the next level. If you take a look at the streamer’s schedule, you will see two weekly events on Sundays and Wednesdays. “Sundays are called Game Pass Sunday, where on Sundays I play any of the two hundred plus games that are available on the Xbox Game Pass Library,” they described. “Nearly a year ago I started doing the same thing, but with PlayStation Now Catalog on Wednesdays.” They have not only created special stream days, but they let the community vote on what game to play.

“There is something I do want to say, and it’s that I want to be one of those people who will go up to anyone and say you belong here no matter who you are,” Perry said. “I have a timer on the channel that goes off every so often that has a message that says, ‘black lives, trans lives, disabled lives, they all matter.” SporeRose describes the channel’s community as a bunch of very loving people, who enjoy playing tricks on each other. Everyone is welcome and everyone is encouraged to be themselves.

Costumes Are Not Just For Halloween

Cosplay is defined by the Oxford Dictionary as the practice of dressing up as a character from a movie, book, or video game. “I have currently done three different cosplays on stream and those were Spider Gwen, D.Va from Overwatch and Sailor Mercury from Sailor Moon,” Perry recalled. Just as they have an Amazon Wishlist with food and other desired items, they have an entire separate Amazon Wishlist strictly for cosplay costumes.

A Cause Close To Home

“I want to be someone who speaks loudly for people with disabilities,” the streamer proclaimed. SporeRose is teaming up Dreamscape Foundation this Friday, February 26, from 5 – 11 pm EST in order to raise money to achieve accessibility for individuals with disabilities. “As it is thematically appropriate with the idea of being a hero by streaming for a cause close to me, I’ll be playing Marvel’s Avengers ,and as a treat to the community, if $500 is raised, I’ll be cosplaying as Overwatch’s Mei in her Honeydew outfit,” Perry announced. « PreviousNext »